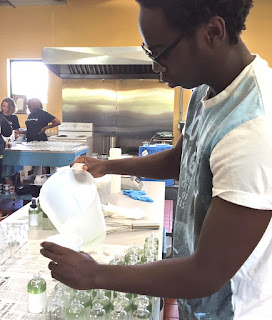 Thistle Farms' new Rose Geranium Insect Repellent does more than just ward off mosquitos and bugs. The product unites the Thistle Farmers of Nashville and the Ikirezi Farmers of Rwanda under a common goal: Transforming the lives of women all around the world. The women of Ikirezi harvest essential Geranium oil, and the women of Magdalene combine it with other ingredients to create the finished product. This partnership was the product of Rev. Becca Stevens’ Shared Trade initiative to promote economic freedom for women worldwide.

This summer, Thistle Farms has taken the cross-continental partnership to a new level in welcoming Joseph Mugisha as a volunteer. Joseph’s father, Nicholas Hitimana, founded Ikarezi as a way to encourage recovery among women affected by the devastating Rwandan genocide. Joseph says, “The women at Ikirezi have lost husbands and struggle to provide for themselves. In a sense, this is similar to the women of Magdalene.” Joseph is spending several weeks in Nashville, working alongside the women of Magdalene to produce the Rose Geranium Insect Repellent with the oil from his father’s cooperative. 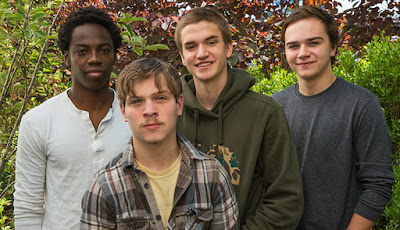 Having spent time with women from both organizations, Joseph has realized that there is a universal story that the women share.  “There’s a sense of familiarity for me despite the language and cultural differences between the women here and the women in Rwanda. They both have faced great hardships, but they both have a really immense love for each other and the people around them. In that sense I think that Love is something that is cross cultural.”