On a hot July morning, members of the Thistle Farms and Magdalene community gathered together in a Nashville field, under a blue sky, and held homemade signs with the 24 principles from Find Your Way Home written on them.
Each week, we will feature one principle and photo here, reminding us that love and grace are the most powerful forces of individual and social change. 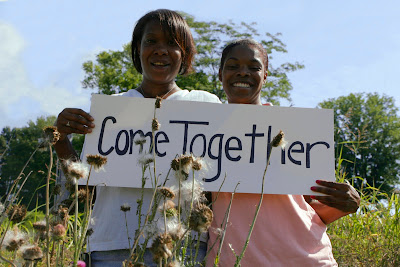 No matter what we are, we are better coming together than living separately.
We come on circuitous paths from prisons,
from the streets,
from churches
because we are tired and want to live in hope.
We come in every color. We come lonely and afraid and do not want to die.
We come because our bodies and spirits are sick
and our teeth are falling out and we know we need help.
from Find Your Way Home
at 7/26/2009 09:45:00 PM 1 comment:

Email ThisBlogThis!Share to TwitterShare to FacebookShare to Pinterest
Labels: Find Your Way Home 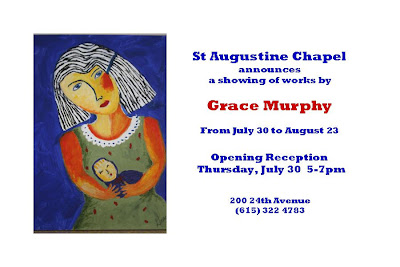 Grace Murphy is one of the most revered graduates of the Magdalene Community. She entered Magdalene surviving a life of addiction, abuse, and prostitution. A product of a family of alcoholics and molestation, Grace left home at the age of 12. Medicating the pain of her childhood, she became involved in drugs and was pregnant with her first child by 16. She had grown up seeing her mother make money from prostitution, and it was from her that Grace learned to manipulate her body in order to feed her addiction. Finally, she lost custody of her children.

Grace came to the Magdalene program in 2004 and was encouraged by Regina Mullins who said that it was God who had placed Grace in her heart. Now Grace attributes everything she knows to Magdalene. “I didn’t know how to live. I’ve been taught discipline, how to speak eloquently, and most importantly, I’ve been taught not to let people treat me just anyway. I don’t have to settle for the worst.” With deep gratitude, Grace has chosen to share her wisdom with new women coming into the community.
Grace began painting in a class for Magdalene residents and “From then on God has just been blessing me. I put more of me into each painting. If my spirit isn’t in it, it’s not complete. It’s not finished until I’m pleased.”
text by Carole Hagan and Caitlin Bradley
at 7/17/2009 03:09:00 PM No comments:

Get To Know Katrina 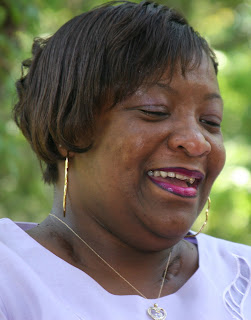 Katrina, the national director of sales, is one of the most familiar and beloved voices of Thistle Farms. A dynamic public speaker, she speaks her truth in love and changes lives. Katrina’s story begins with a tone that is familiar to many of the residents: in high school, Katrina began experimenting with marijuana and drinking beer as a way of acting out. She was dealing with the pain of her parents’ separation and the aftermath of sexual abuse. Though she was a bright student, she dropped out of high school with only half a semester left to party with friends.

She was introduced to crack at 22 and says, “Now I was not staying out because I was having fun, but because I had an addiction.” She saw how easy it was to exchange sex for drugs and “that’s where the downward spiral started.” As the need for more drugs grew, the need for more money increased. One day a man took her to a motel on Dickerson Road where she saw other women getting money for drugs by having sex. It was her first act of street prostitution, which would continue for 15 years… a total of 25 years selling her body and living on the streets in exchange for drugs.

She went through six or seven treatment centers and held down real jobs, but would always relapse. During one of the times when she was getting clean, she discovered she had contracted the HIV virus from a man she had met in Narcotics Anonymous. Devastated, she returned to the streets and continued the cycle that had held her captive for so many years. 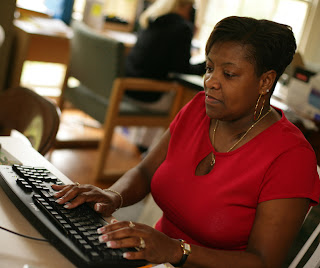 Katrina had originally entered the Magdalene program in 2001, but after 10 months relapsed. However, she had been told there would be a place for her if she ever wanted to return. When her health started to fail in 2005, the Magdalene program stayed true to its word welcoming Katrina back. She began working at Thistle Farms later that year and graduated from the program in 2007.

What makes Magdalene different from other treatment programs is that “At other places, the plan is the same across the board. At Magdalene, there was a plan that was designed just for me, according to what my needs were, what traumas I had experienced on the streets and what trauma I had experienced at home. I was treated individually – as a person as well as part of a community.” She says that what’s important is “the community -- not just the women, but the wider community that’s associated with Magdalene. It’s love that comes from everywhere, from people who don’t even know you.”

Speaking of love, Katrina is getting married next month. She plans to continue working the job she loves and trying to grow the retail market of Thistle Farms.