Are you a part of a book club? If so, consider choosing one of the many wonderful books by Becca Stevens and the women of Magdalene as your next book club pick! We offer a range of books that will both inspire you and create engaging conversation. In addition, we can supply dynamic speakers -- the women of Magdalene -- to come to your book club and share some of their personal stories with you. For those non-Nashville book clubbers, we can also provide speakers via Skype.
See the full line of our books on our online store and to arrange a speaker or suggest an event, please email Carole at events@thistlefarms.org.
With a waiting list of over 100 women, we are working hard to fulfill our mission: to move women from the streets into safe sanctuary. Thank you for considering the thistle for your next book club.
Photo by Lindsey Freitas, BellaLu Photography
at 2/26/2011 08:05:00 AM No comments:

Email ThisBlogThis!Share to TwitterShare to FacebookShare to Pinterest
Labels: events

On February 16, Becca and some of the women of Thistle Farms made a trip to Birmingham, AL and were welcomed by All Saints' Episcopal Church and the Oasis Program. As part of their "Feed My Sheep Lecture Series," Amy, a resident of Magdalene and an integral part of the manufacturing team at Thistle Farms, shares some of her story and explains what the program has done for her. You can also see it on the All Saints' YouTube Channel.

Email ThisBlogThis!Share to TwitterShare to FacebookShare to Pinterest
Labels: speaking

Magdalene is a Tennessee Performing Arts Center partner for the Broadway musical Spring Awakening, playing Nashville February 25 - 27. The partnership allows us to sell our Thistle Farms products in the TPAC lobby on Saturday, February 26 and gives our supporters a ticket discount.
To purchase tickets, log onto:
http://patron.tpac.org/promo/purple
for a 20% discount for performances on
Friday night, Saturday afternoon and Sunday afternoon. 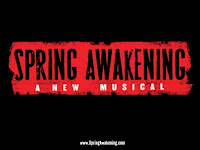 Spring Awakening won eight 2007 Tony Awards including Best Musical. The show is faithfully adapted from a play written by Frederick Wedekind in 1891 and is set in that time period. Like the play, the musical explores issues through the eyes of teenagers – self-identity, sexuality, pregnancy, suicide, abuse, and more. Spring Awakening does contain sexual situations, brief nudity, strong language and mature themes. Since the show was announced, TPAC has encouraged patrons who have questions to research the musical and to call 615-782-4000 to discuss the show if needed.
at 2/22/2011 09:28:00 AM No comments: 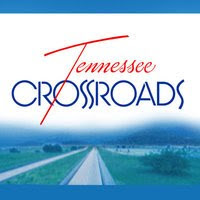 Tonight (Thursday) at 7pm,
be sure to watch Tennessee Crossroads
on NPT featuring Thistle Farms.
It will air again on Sunday at 10am.
UPDATE:
TO SEE THE FULL STORY ONLINE, GO TO
TNCrossroadsTV YouTube Channel
at 2/17/2011 08:19:00 AM No comments: 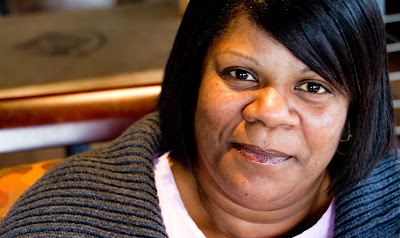 LaRonda Rochelle Waller, better known to her friends as Chelle, grew up in the projects of Nashville, TN. She remembers herself as a child being popular and protective of her three younger brothers and sisters. After her parents split up when she was 13, she went to live with her aunt. Hungry for attention, Chelle starting experimenting with marijuana and pursuing the “bad boys” of her neighborhood.

She was driven though and persevered. After high school, she entered cosmetology school and opened her own shop as soon as she was able. Though successful, Chelle had to close her shop because she hadn’t filed the right paperwork. To pay the bills in the meantime, Chelle resorted to selling drugs. She also starting using and soon going after paperwork to keep her shop open became less important than the drugs. 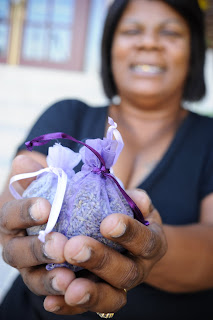 In order to support her habit, she began selling her body in exchange for money for the drugs. She was arrested several times but would always return to the streets when she was released. At eight months pregnant, Chelle found herself in jail again. When she was ready to give birth, she was transferred from the jail to the hospital and had her daughter in shackles. It was at that point, she knew she had to stop.
In 2003, Chelle entered Magdalene and graduated in 2005. She was a perfect example of the benefits of the program: she worked at Thistle Farms part time, she saved her money which was doubled at graduation and she opened her own hair salon. But as time went on, Chelle’s involvement with Thistle Farms dwindled and she found herself trying to handle life on her own again. Over the next few years, Chelle slowly started to retreat to her old ways of selling drugs and eventually, using again.
This dangerous cycle stayed true to its nature and Chelle found herself, once again, in front of a judge. As part of Chelle’s probation, she was ordered to go to Magdalene three times a week… which was just the home she needed. 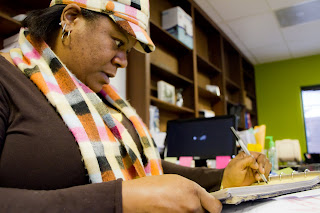 Chelle will be clean two years in May and returned to Thistle Farms as the Administrative Assistant to the Managing Director over a year ago. Chelle says, “You’re never alone when you’re in Magdalene. Once you come in, you’re a sister for life. You’re always welcomed back – and I’m living proof!”
story and top & bottom pictures by Carolyn Snell
middle picture by BellaLu Photography
at 2/15/2011 10:31:00 AM 4 comments:

Email ThisBlogThis!Share to TwitterShare to FacebookShare to Pinterest
Labels: women behind the products

At the Academy of Country Music Awards last April, ACM Lifting Lives converted the traditional artist gift lounge into a space where artists could give back to an organization of their choice, instead of receiving gifts themselves. Artists gave a direct-to-camera message about their favorite charities. This month, “My Cause: Country Cares for Women” is highlighting causes that support the women we love. Reba McEntire, host of the ACM Awards (and winner of 12 ACM Awards!), chose Thistle Farms as one of her favorite charities! Check out the video below from Reba and go to ACM Lifting Lives website to see the option of donating directly to Thistle Farms.
Thanks to the Academy of Country Music for your great program. And special thanks to Reba for her support... we love you!
at 2/13/2011 12:30:00 AM No comments:

This weekend, Morning After Ministries presents Take Heart, Daughter, a conference featuring workshops, panel discussions and speakers on sex, body image, intimacy and healing. The conference, held at The Anchor Fellowship, is on Friday ($15), Saturday ($20) or you can come for the whole weekend for $30. There is a local ministry spotlight on Saturday from 11am - 12pm, featuring Thistle Farms. We hope you can stop by and hear some powerful stories from local women, including Tracey and Stephanie!
at 2/10/2011 07:23:00 PM No comments:

A NFocus On Thistle Farms 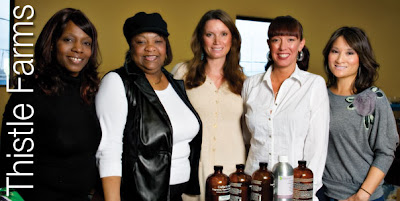 NFocus, Nashville's Social Scene Magazine, recently came to Thistle Farms to learn more about the local business empowering women. The February issue can be found throughout Nashville including both Whole Foods locations and Hot Pink in Brentwood (where you can also buy Thistle Farms products!) or you can read the entire article HERE.
Thanks to Ellen Nelson for a great story and Eric England for beautiful pictures!
at 2/08/2011 12:09:00 AM No comments:

Email ThisBlogThis!Share to TwitterShare to FacebookShare to Pinterest
Labels: Press

Christening Of The New Candle Machine 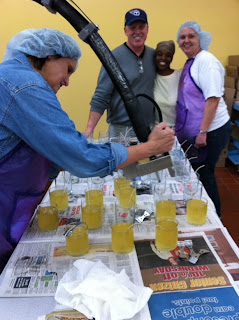 In on other words: without the equipment we were using multiple small pots to heat the wax, so we had to spend lots more time weighing ingredients. Now we can place everything in one big melter pot, and only have to weigh ingredients once, so this speeds up our process. The melter holds up to 150 pounds of wax, compared to being able to do 32 pounds of wax at once previously. With the machine we can get the candles filled the same every time, which is important to our quality for our customers. We can make at least double the amount of candles in one day than we could before.
Above, Amy makes the first batch of candles with our new machine, while Jim, Tracey and Jennifer show their support! To the right, Tracey makes sure each and every candle gets the exact amount of wax (and love) for each and every customer that buys it and supports Thistle Farms. Check out the video below to see the whole process in action:
photos & video by Julie Cantrell
at 2/06/2011 02:48:00 AM No comments:

When Ashley from Ashley's Bride Guide listed the five trends for your 2011 Nashville wedding, her top pick was Celebrate Nashville. We think Thistle Farms is a perfect fit for this, considering our natural bath & body products are handmade by women in recovery right on 51st and Charlotte! Looks like others think so too because we were featured in the February issue of HER Nashville magazine and on Better Nashville on WSMV when Ashely talked about her top picks.
Special thanks to Ashley, Kim Green, Heather Pierce and Jude Ferrara for helping us Celebrate Nashville with lots of love!
at 2/02/2011 08:19:00 AM No comments: