A Thought On NPR Exposure

A thought from Magdalene and Thistle Farms founder, Becca Stevens:
I can't believe that I'm traveling today and tomorrow. I want to be at Thistle Farms, listen with folks at Thistle Farms, and wait for our phones to ring with new orders. I want to run around with everybody and try to figure out how to send all the packages out and hear the funny comments. I also want to be there to make sure everyone is okay--- this is our first big national exposure and I don't want anyone to feel anxious or upset and not be able to talk about it.
But, that is not the way it's working out. I'm on a plane heading to Hartford, Connecticut to Trinity College and I will just have to hear how it all unfolds. It's a humbling thing to realize you are going to miss a community more than they will miss you. The community of Thistle Farms will handle this with grace and step up to the plate and hit it out of the park! And I'll come home Wednesday and get to hear all the stories of how it played out, and offer a prayer of thanks to Jackie, Stephen, Tim, Marlei, Penny, Shelia, Cary, Nina, Amy, Holli, Carolyn, Dan, Sandy, Rita, Katrina, Jim, Lindsay, Marcus, Caney and Moses, who made it work. I know having this story will help ensure all 45 employees of Magdalene and Thistle Farms can keep doing what they love---helping to heal us all. I am a little lonely, a bit nervous, and full of gratitude.
Love and peace,
Becca
at 4/25/2011 03:00:00 PM 10 comments:

This week, tune into National Public Radio (NPR) to hear Thistle Farms featured on four of their top-rated shows: Morning Edition, All Things Considered, Talk Of The Nation and Tell Me More.

“Nashville: Up from Prostitution” will debut on the afternoon drive-time news show, All Things Considered, on Monday, April 25. Two second pieces are slated to air on Morning Edition on the 26th and 27th. Additional coverage will be on Tell Me More on the 25th and Talk Of The Nation on the 28th.
The series was created and produced by veteran NPR correspondent, Jacki Lyden, known for award winning reporting during the Gulf War and in post-Taliban Afghanistan, and National Geographic’s photojournalist Stephen Alvarez. In tandem with the story, Alvarez created a ten-minute video clip on Magdalene/Thistle Farms, which will be featured on NPR.org beginning Monday the 25th. 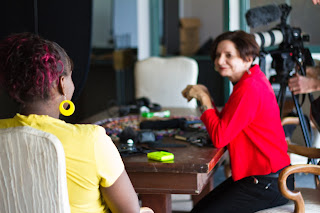 Five to seven million listeners hear NPR’s two top-rated shows daily, with estimates for Morning Edition reaching up to thirteen million. We are grateful for the opportunity to share our story of hope with so many people!
Below is the local schedule on Nashville's affiliate, WPLN - 90.3 FM:
Monday, 4/25: All Things Considered: 3-6pm
Tuesday, 4/26: Morning Edition: 4-9am
Wednesday, 4/27: Morning Edition: 4-9am
Thursday, 4/28: Talk of the Nation: 1-3pm
Tell Me More can be heard online HERE.
To check schedule times on other cities / stations, click HERE.
Please listen and SPREAD THE WORD! Repost, facebook, tweet, tell somebody... just get the word out that we will be featured on the leading provider of non-commercial news, information, and entertainment programming to the U.S. public.
Photo of NPR correspondent Jacki Lyden and Nina, Thistle Farms employee by Carolyn Snell
at 4/24/2011 12:00:00 AM 3 comments:

Nashville’s teen-owned and operated Real Life Players (RLP) will perform their original production, Stranded, Thursday, April 28th thru Saturday, April 30th. Since RLP raise money to cover all production costs in advance, they are able to donate all of the proceeds from the door directly to a charity. The cast & crew of RLP have chosen Thistle Farms as one of three charities who will receive these donations!

In the continuing spirit of audience participation, with each ticket purchased, audience members will be given a chance to vote for the charity of their choice to receive the funds from the door. After all three nights, the votes will be tabulated and each charity will receive the same percentage of dollars as they received in votes.
Stranded will be performed at the Darkhorse Theater (4610 Charlotte Ave), beginning at 7pm Thursday, Friday and Saturday. Tickets are only $10 for adults and $8 for students and can be purchased in advance or at the door.
Come support local arts and vote for Thistle Farms!
at 4/23/2011 02:17:00 AM No comments: 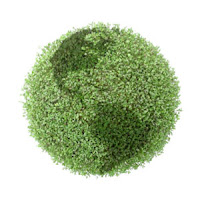 Happy Earth Day from the Women of Thistle Farms! As you already know, Thistle Farms products are as good to the earth as they are for the body, each one made lovingly by hand with all natural ingredients. What better way to honor Mother Earth than by purchasing earth-friendly bath and body products which benefit the women who make them.
Speaking of mothers... stop by the 10th Annual Earth Day Festival at Centennial Park this Saturday from 11am - 7pm to pick up a Mother's Day gift set (a hand soap & hand lotion in a lovely organza bag with a gift card) and say hello to Stephanie, Chelle & Monique!
at 4/22/2011 03:08:00 AM No comments:

Preparations For A Celebration

Did you know that in 2001,
Thistle Farms began in a church kitchen
with four women making two products?
In the past 10 years,
we have grown to a company
housed in an 11,000 square foot manufacturing facility
that employs 32 women and has a line of over 20 products.
Plus, we have trained and employed over 100 women
and our products are available in 140 stores across the country.
THAT CALLS FOR A CELEBRATION!
In June, we will be celebrating 10 Years of Thistle Farms.
Be on the lookout for fun ways to connect
on our blog, Facebook page and Twitter feed,
the introduction of a new product
(that you will not want to be without this summer!)
and 10 videos of members from our community.
We're starting the preparations now...
keep coming back for more sneak peeks of
a celebration of 10 Years of Thistle Farms! 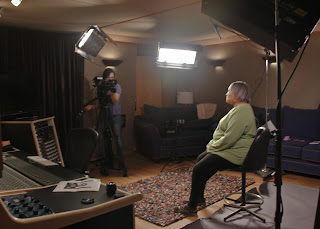 A Weekend At The Spa

One of our favorite retailers is Magnolia Spa, in the heart of East Nashville. This weekend (Friday, Saturday & Sunday), Magnolia Spa has chosen Thistle Farms as their charity of choice for the Sharing Spree Daily Deal.
As we mentioned before, we have partnered with Sharing Spree who offers daily specials at local businesses, with a percentage of the revenue going to a local charity. For all three days (starting today!), you can get a European Facial and Spa Manicure & Pedicure (normally $140) for only $59! That saves you 58% and gives us a little something in return.
So go to Sharing Spree, register for your free account (if you haven't done so yet), choose Thistle Farms as your favored nonprofit, and treat yourself or a friend to a day at the spa. When you go, be sure to say hi to Shauna Rae and all the ladies at Magnolia Spa, where you can also purchase Thistle Farms products. 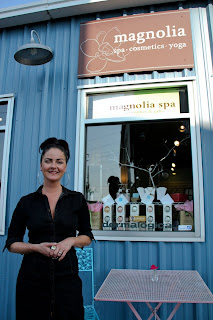 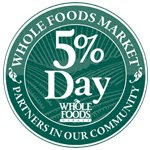 Tuesday, April 5th, is the perfect day for you to stop by Whole Foods in Williamson County (aka Cool Springs area) and get your weekly shopping done. Why? Because our friends at Whole Foods will give 5% of their net sales for they day to Thistle Farms! Plus, while you're there, you can stock up on Thistle Farms Hand Soap, Body Polish, Lip Balm and other natural products, handmade by women who you will personally support on their road to recovery.
at 4/04/2011 12:26:00 PM No comments: