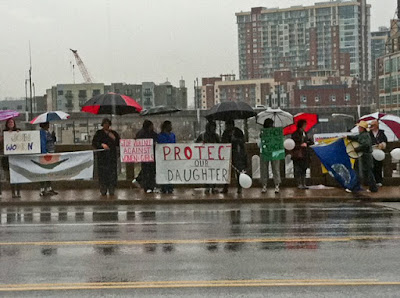 In honor of International Women's Day yesterday, some of the women of Magdalene and Thistle Farms joined forces with other Nashville women on the Broadway Street Bridge to "to stand in solidarity with women in war-torn areas, celebrate the strength of women (past, present and future) and spread the message of peace." 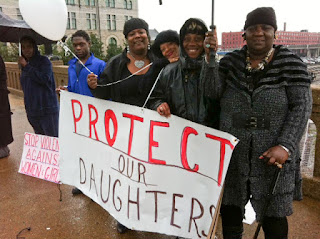 Join Women On The Bridge is a campaign started in 2010 when women from Congo and Rwanda joined together on the bridge connecting their two countries, showing that they could build the bridges of peace and hope for the future. This action sparked a massive global movement, and last year they were joined by thousands of people on hundreds of bridges worldwide. 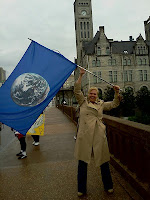 On International Women's Day, March 8th, thousands of people around the world stood with the women of war-torn countries to give them strength and to show we support their demands for peace and equality. Women are peace builders and with equality at the peace negotiation tables and governing bodies of their countries they will build a more peaceful world.
at 3/09/2012 08:52:00 AM